How to install skins for Counter Strike: Source v34 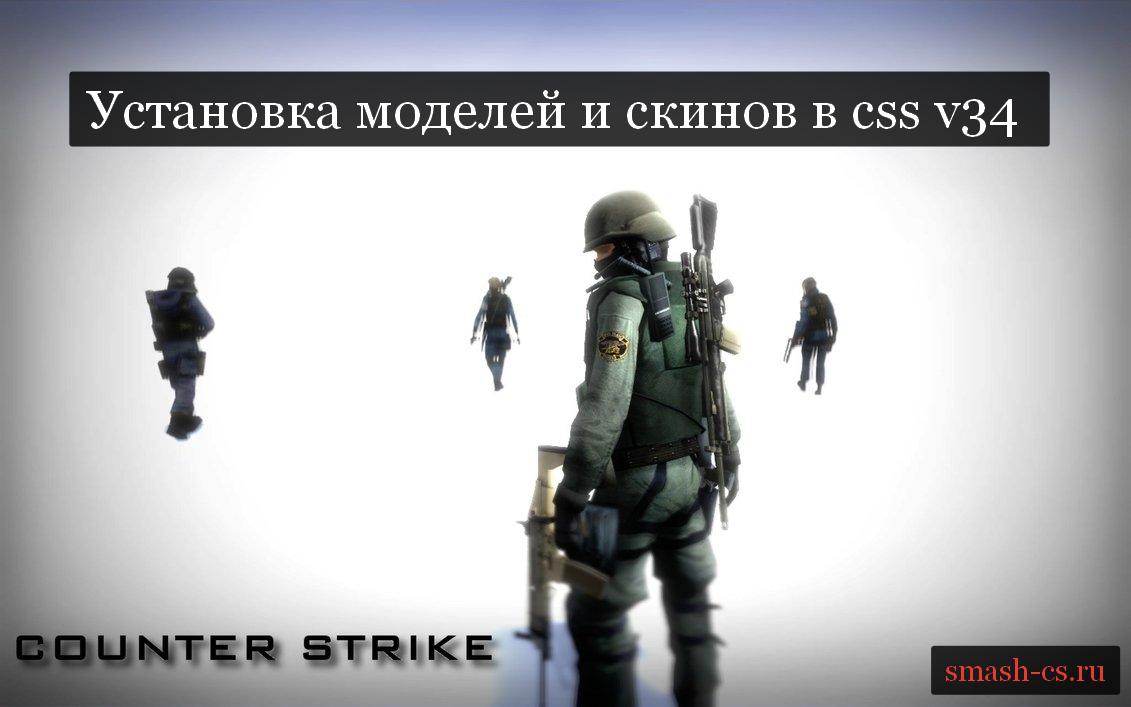 We, as devoted fans of CS:S v34 sometimes feel a bit tired of default weapon models, and have a strong urge to diversify our game. But not everyone knows how to properly install new skins, and thus faces some issues. In this guide I will give you a detailed explanation on how to install weapon models for CS: Source v34. So let's get started!

After you have downloaded the mod you need, you must copy and replace materials, models, scripts, sounds folders into the cstrike folder (Counter Strike Source / cstrike).

The gun is left-handed

You must delete the file weapon_name.txt from the cstrike/scripts folder (instead of name there will be a gun name, for example weapon_usp.txt)

The skin is covered with black and pink squares

Gun model is lagging (hands, parts of the gun disappear)

The essence of this problem is that the skin isn’t compatible with CSS v34. The solution is either to download the latest version of the CS: Source, or to ask the author to make an adaptation.

The game crashes with the message too many indices for index buffer.

The problem is that the number of model’s polygons exceeds the old source engine limits. For a solution, simply replace the broken model with any other! It is not necessary to reinstall the game. You also can ask the author to make a fix.

For those who messed up their gun models, but do not want to reinstall CSS, I will leave a link to the default weapon models pack.

"The archive is corrupted" error on mod opening:

To fix this error, simply update your WinRar archiver (or use a different version). You can also use 7-Zip or any other archiver, as an alternative.

Purpose of folders in CS: Source.